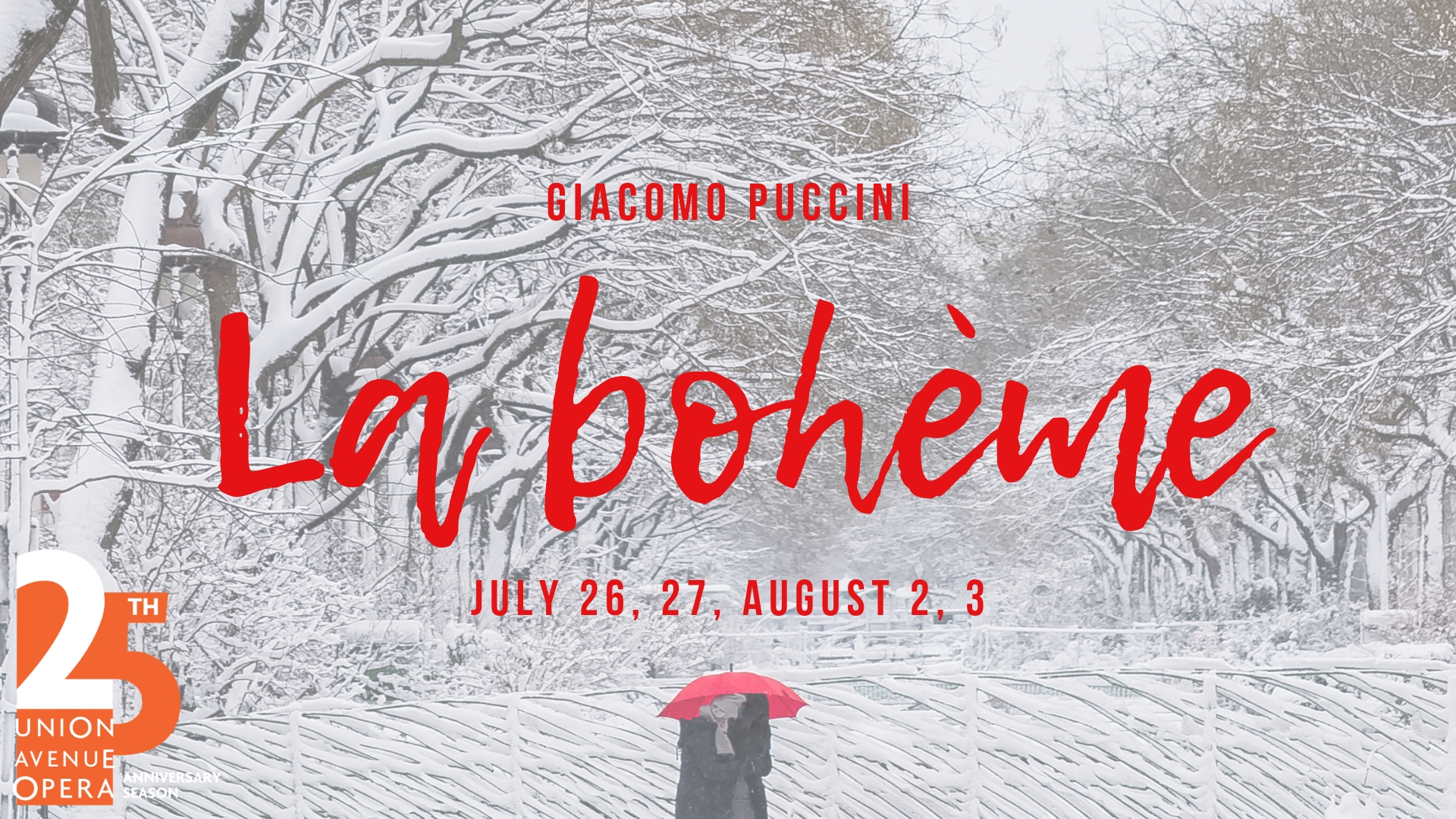 Paris, the Latin Quarter, Christmas Eve, c. late nineteenth century. Marcello, an artist, and Rodolfo, a poet, are joined in their garret by the philosopher Colline and the musician Schaunard, who bring food and drink. Rodolfo burns some of his manuscripts to keep them warm. The landlord Benoit arrives, demanding rent, but they ply him with wine and trick him into believing that they are, in fact, well-off. He leaves empty-handed. All leave for a café, except Rodolfo, who promises to join them when he has finished a piece he is writing. Left to himself he is interrupted by a knock on the door. It is Mimi, a consumptive seamstress, in need of a light for her candle. Within minutes, they have fallen in love.

At the Café Momus, Rodolfo introduces Mimi to his friends, including Musetta, who is attended by an elderly admirer, Alcindoro. When she notices Marcello, an ex-lover of hers, Musetta creates a scene to get rid of Alcindoro. When the bill arrives, no one can pay it. As a military band passes, they escape into the crowd. Alcindoro returns to find nothing but the Bohemians’ huge bill.

A few weeks later, Mimi comes to the inn looking for Rodolfo, but finds Marcello instead. She tells him of Rodolfo’s terrible jealousy, but when Rodolfo arrives she retreats to hear him give Marcello his version of their problem: he at first calls her a “heartless creature,” but then reveals his inability to endure life with a woman who is incurably ill. When her coughing alerts Rodolfo to her presence, they agree — albeit regretfully — to part company. Simultaneously, Marcello and and Musetta begin squabbling over the latter’s infidelity, and they too decide to split up.

In their garret Rodolfo and Marcello unhappily remember the woman they have abandoned. The atmosphere warms when Colline and Schaunard arrive, but their good humor is shattered by news that Mimi is alone and near death. She has asked to spend her last hours with Rodolfo. When she is brought in, Marcello leaves to sell Musetta’s earrings for medicine, and Colline decides to sell his coat Mimi dies as Rodolfo is looking out the window. Thinking she is asleep, Rodolfo attends to her comfort until he realizes that Mimi is dead. Sobbing, he throws himself atop her body.