Composed by André Previn
Based on the play by Tennessee Williams
Commissioned by San Francisco Opera
Premiered September 19, 1998
August 1, 2, 8 and 9
Performed in English

The opera is in three acts and takes place at the home of Stanley and Stella Kowalski at Elysian Fields in New Orleans.

Blanche DuBois is an aging, yet attractive Southern belle who still practices the long–cherished social decorum of the Southern social aristocracy. Her pretentious airs serve as a thinly–veiled cover for her alcoholism, delusions of grandeur, and a precarious mental state. She has recently suffered the loss of both her ancestral home and her teaching job when she arrives in New Orleans, seeking refuge with her younger sister, Stella. Since they last saw each other, Stella married Stanley Kowalski, an ex–GI trucker and blue–collar worker. After a sweet reunion, unpleasant past events are revisited. Stella welcomes Blanche with affection and some trepidation, yet she fears the reaction of her husband Stanley. He and Stella are passionately in love, but Stanley can be quick–tempered.

Stanley becomes angry with Blanche’s artificial airs and suggestive behavior. He also blames her for the loss of his wife’s ancestral home and deserving birthright. Determined to learn the truth about Blanche, Stanley hopes to expose her lies and pretentious airs. However, he is unaware of the tragic and sordid past that he will later discover. Blanche flirts with Stanley, and Stanley counters her advances with the revelation that Stella is pregnant.

Stella takes Blanche out for the evening while Stanley plays poker with his buddies. Upon their return, Blanche meets Harold Mitchell (Mitch), a workmate of Stanley’s, very much tied to his mother’s apron strings. Blanche immediately decides to pursue him. Blanche and Mitch talk, and she asks for him to place a Chinese lantern over the lamp to dim the bare light bulb. They dance to music on the radio. Stanley, now drunk, breaks up the evening’s festivities and strikes Stella, accusing her of siding with Blanche against him. Ignoring Blanche’s advice, Stella returns to Stanley’s bed. The next morning Stanley overhears Blanche imploring her sister to leave him. Stella ignores her pleas, still consumed by the amorous night before.

Stanley tells Stella that he has a friend making inquiries about Blanche in her hometown of Laurel. Blanche tells Stella that she would like to marry Mitch. Stella warns Blanche that a marriage could happen, but she needs to stop drinking. Stanley and Stella go out for the evening. Blanche begins to feel sorry for herself and attempts to seduce a young paperboy (viz., young collector) that comes to the front door. She restrains herself and pulls back at the last minute, and the paperboy leaves. Mitch arrives, and he and Blanche leave on a date.

Blanche and Mitch return from their date. Mitch opens his heart to her and it is clear he wishes them to consider marriage. Blanche talks of love and how she was previously married to a man whom she loved very much but discovered her husband was struggling with homosexuality. However, Blanche carelessly confronted her husband by telling him that he disgusted her. Soon after that confrontation, he committed suicide. Blanche still blames herself and laments how there has been no light in the world since her husband’s death.

Mitch is late for Blanche’s birthday party. Stanley who feels that his home and marriage are both threatened by Blanche, ruins the celebration as he reveals his friend has discovered Blanche’s unsavory reputation — how she was run out of Laurel for seducing young men and ordered to leave the town. Stella attempts to defend Blanche, but Stanley hands Blanche a one–way ticket back to Laurel, referring to it as her birthday present. Stanley boasts that Mitch, who has not arrived yet, will not be coming around anymore — he has been informed about her reputation and her lies. Blanche becomes upset and retreats upstairs. Stella and Stanley argue, and he treats her roughly. Stella becomes hysterical and goes into premature labor. Stanley rushes her to the hospital. Blanche begins to lose her hold on reality.

A drunk Mitch knocks and then barges into the apartment. Just as Blanche’s hopes for Mitch have been ruined so too has Mitch’s dreams of her — both have lost their emotional refuge. Mitch is bitter, and he demands to know how old Blanche is and what she looks like in the light. Blanche confronts her anguish by wishing for magic and stating her faith that the world looks better by “candlelight and starlight.” A Mexican woman comes to the door selling flowers for the dead. This dark reminder pushes Blanche deeper into sadness, and she pleads with Mitch to marry her. He denounces her as someone too unclean to enter his mother’s house. Blanche shouts at Mitch to leave.

Alone and haunted by the flower–peddler’s words, Blanche dresses in a white nightgown and puts on a rhinestone tiara. Her mind is rapidly deteriorating. Stanley returns from the hospital, and Blanche insults him. Soon, she becomes fearful of him when he says that this encounter was inevitable and begins to tease her. Seeing how vulnerable and emotional she is, he rapes her.

Stella and her baby are home. Blanche is now living in a delusional, fantasy world as she prepares for a visit from a fictitious admirer. Stella, unwilling to believe Blanche’s accusations against Stanley, has contacted an asylum where Blanche is to be committed. Stella helps pack her clothes pretending that Blanche is embarking on an ocean voyage where she will spend her final days.

The doctor and his nurse arrive. Blanche initially resists the nurse. The kind doctor treats Blanche with the polite respect deserving of a Southern lady. She replies by saying, “Whoever you are, I have always relied on the kindness of strangers.” This phrase follows her as she begins her final journey. 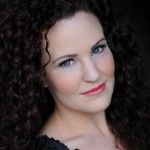 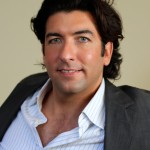 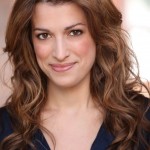 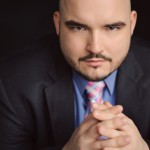 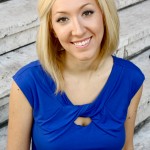 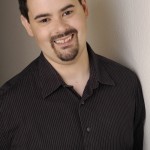 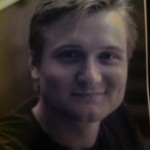 Jimmy Stevens+ as the Young Collector 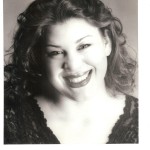 Natanja Tomich* as the Flower Woman