Earlier, Brünnhilde, Wotan’s daughter by Erda, defied her father. She was punished when Wotan cast her into a sleep that would only end when a fearless man walked through the protective fire to wake her. Sieglinde, whom Brünnhilde had helped to save, gave birth to a child and died. The child was reared by Alberich’s brother Mime (a wily Nibelung), who, in accordance with Sieglinde’s last wishes, named him “Siegfried.” Mime, hoping to possess the Ring, has reared Siegfried in order to have him kill its present owner, the giant Fafner, and reclaim the Ring, magic Helmet, and gold treasures.

At Mime’s forge, Mime tells how Fafner the giant fled with his treasure far away from the haunts of men and concealed his gold in the Neidhole (a gruesome den). There, thanks to the powers of the magic Helmet (viz., Tarnhelm), he has assumed the loathsome shape of a great dragon, whose fiery breath and lashing tail discourages all who dare to approach. The young Siegfried enters and asks about his mother and father. Mime tells the story of his mother’s death in childbirth and his father’s death in battle. When Siegfried asks for proof of his story, Mime reveals the broken sword that his Siegmund bore in his last fight. Mime has forged many swords that Siegfried easily shattered, but Mime has been unable to repair the fragments of Siegmund’s sword for Siegfried. Mime attempts to evade the subject of Siegmund’s death altogether. Mime’s sole objective is to weld a sword, which in the bold youth’s hands will avail to slay his enemy, the giant Fafner — the owner of the Ring, the magic Helmet, and the possessor of all the mighty hoard of gold.

When Siegfried leaves the cave to run in the forest, a Wanderer enters. It is Wotan in disguise. Uninvited, he sits down and offers to answer a question for Mime in return for a moment of rest. Mime refuses, saying he knows everything he needs to know. Then Wotan asks him, “Who can forge the fragment of Siegmund’s sword named Nothung?” Mime doesn’t know the answer. As Wotan disappears into the forest, he prophesies that the sword can only be restored to its pristine glory by the hand of a man who knows no fear and that the same man will claim it as his lawful prize and dispose of Mime’s head with the sword.

After Siegfried returns, Mime gives him the fragments of the sword, Nothung, which Siegfried files down, melts, and forges into a new sword. Siegfried tests the newly forged sword by striking it on the anvil. Siegfried splits the anvil in two with a single stroke. Mime then realizes that Siegfried is the prophesied the ※one§ who knows no fear and the one to whom he has been told his head would be forfeited. Mime concocts a plan to get Siegfried to slay Fafner then the treasure will belong to Mime and make him master of the entire world. Mime brews a poisonous potion and schemes to trick Siegfried into drinking the poison and die after Fafner’s eminent death.

Alberich (viz., Mime’s brother) waits outside the cave deep in the forest where Fafner, now assuming the shape of a dragon, dwells and guards his hoard. The Wanderer enters. Alberich expresses his hope that his curse upon the Ring will take effect so that he can regain possession of it and its powers. He accuses the Wanderer of coming to retrieve the ring. The Wanderer tells him that he is no longer concerned with the Ring and that any threat comes from Mime. Alberich argues as the Wanderer departs laughing. Alberich hides just before Mime arrives with Siegfried.

Standing at the cave’s entrance, Mime tries once more to instill fear into Siegfried’s heart about the dragon. Fafner’s attempt fails, Siegfried stands fearless, and Mime angrily leaves, hoping that Siegfried and Fafner will slay each other. Siegfried relaxes near the cave and hears the song of a forest bird and the gentle rustling of the leaves. Siegfried then tries to imitate the song of the forest bird, first with a reed–flute, then with a horn. Siegfried wakes Fafner the dragon, and after a short struggle, Siegfried drives Nothung into the dragon’s heart. In his dying moments, Fafner is filled with admiration for the heroic youth who has slain him. He foretells Siegfried’s future, warning him that Mime is plotting Siegfried’s death in order to regain the treasure hoard.

Wotan calls Erda, the Earth Mother Goddess, from the depths of the earth and asks her to share her knowledge with him. She refuses, suggesting that he consult their daughter, Brünnhilde. Wotan then tells her of Brünnhilde’s defiance and punishment, to sleep surrounded by fire until awakened by a hero. Erda, disapprovingly questions Wotan’s actions towards Brünnhilde. She wants to descend into the earth and go back to sleep. Before she leaves, Wotan declares that he no longer fears the destruction of the God, but welcomes it. He reveals that Siegfried will awaken Brünnhilde, and when she awakes, she shall perform a great deed that redeems the world.

Led by the forest bird, Siegfried arrives at Brünnhilde’s resting place. The Wanderer bars Siegfried’s final approach to Brünnhilde with his fabled spear 〞 the way is feared by all except one man. Siegfried breaks Wotan’s spear with Nothung. The Wanderer steps aside, and Siegfried rushes up the rocks until he stands before the sleeping Brünnhilde.

Siegfried, who feared neither Fafner’s fire nor Wotan’s spear, now experiences and learns fear with his first glimpse of a woman. Siegfried wakes Brünnhilde with a kiss. Brünnhilde greets the sun and light, and then she sees Siegfried. They gaze into each other’s eyes. Brünnhilde has been divested of her godhood and invincible powers. She is now nothing more than a defenseless mortal woman. Siegfried and Brünnhilde sink into each other’s arms in glowing, ever increasing love. 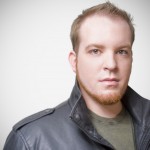 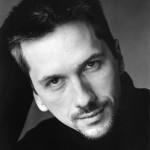 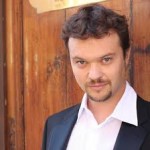 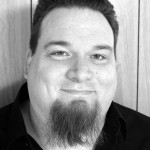 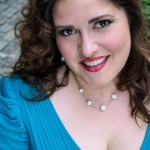 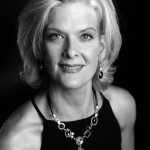 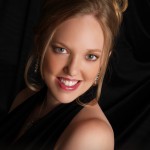